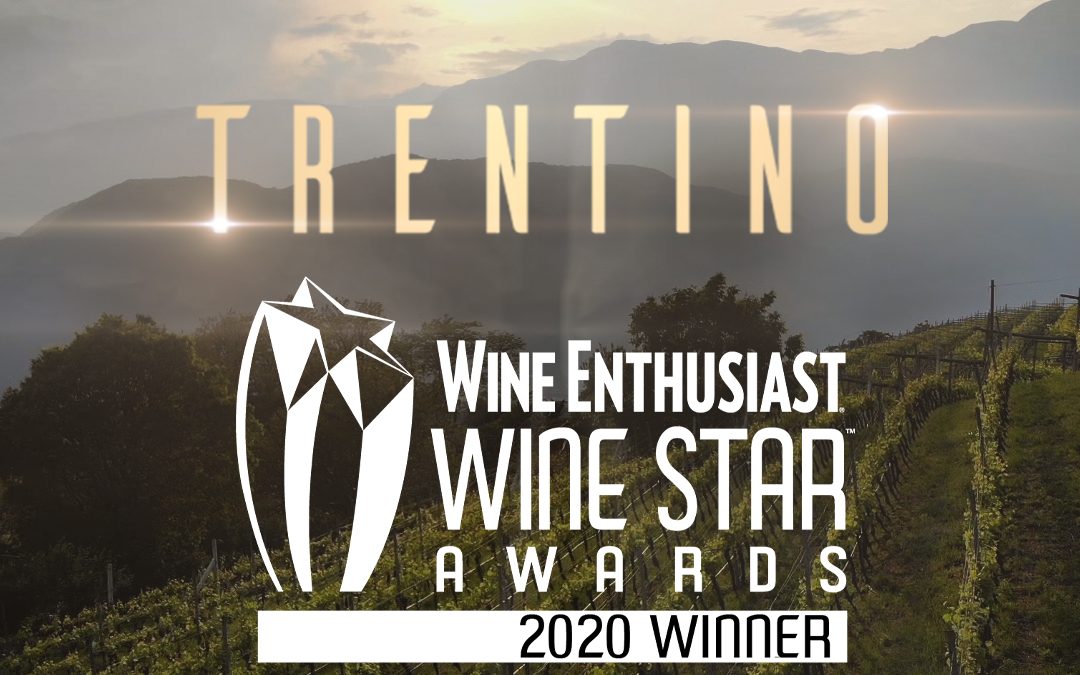 More than 10,000 hectares of vineyards, 164 wineries, 7,000 winemakers and 1 million hectolitres of DOC wine produced: according to Wine Enthusiast, the province of Trentino is internationally acknowledged as the best wine-producing area, unrivalled in Italy for its diversity.

Trentino has been awarded the title “Wine Region of the Year 2020”. Wine Enthusiast, the influential New York magazine and one of the most prestigious in the world of wine, approves this international award going to a qualitatively dynamic and varied territory, considered unrivalled for its diversity.

With its 10,000 hectares, representing just 1.6% of the vine-covered area in Italy, Trentino produces wines that are internationally acclaimed thanks to the work of 164 wineries and about 7,000 winemakers, who produce still wines from native Italian or international grape varieties, and Trentodoc sparkling wines.

Pietro Patton, President of the Consorzio Vini del Trentino: “We are highly satisfied with this result. Being the “Wine Region of the Year” is a great opportunity that allows us to promote our province, our identity and our values. It proves how our roots, in particular the long-standing wine tradition, also represent an extraordinarily modern approach to presenting ourselves abroad. Moreover, our production of still wines is an important factor for the growth of Trentino-based companies.”

The President of Istituto Trento Doc, Enrico Zanoni, reiterates how this prestigious award highlights “the importance of Trentodoc sparkling wine for the image of the entire territory, representing its internationally acknowledged excellence. The award gives due credit to the commitment of all the producers who have worked hard to establish its name over the years.”

In the Trentino region, 70% of the land is situated above an altitude of 1,000 metres, 20% above 2,000 metres, with 94 peaks exceeding 3,000 metres. Although vine growing is fragmented, the wine-making segment is engaged in growing white (77%) and black (23%) grapes often on small parcels of land “stolen” from the mountains. Trentino produces 1 million hectolitres of wine and grape must yearly, of which 80% is used to produce DOC wines: this is one of the highest percentages of use on a national scale.

From applying the principles of integrated viticulture to virtuous actions in the vineyard and throughout the production process, the wineries are also actively involved in protecting the environment, workers and consumers: 80% of the wineries apply integrated production, with SQNPI national quality system certification, the only example of a territorial model of sustainable agriculture in Italy, whereas 12% apply organic farming methods. The uniqueness of Trentino wines has always played an important role in their international distribution: they are currently shipped to 89 different countries, mainly to the USA, Germany and the UK.